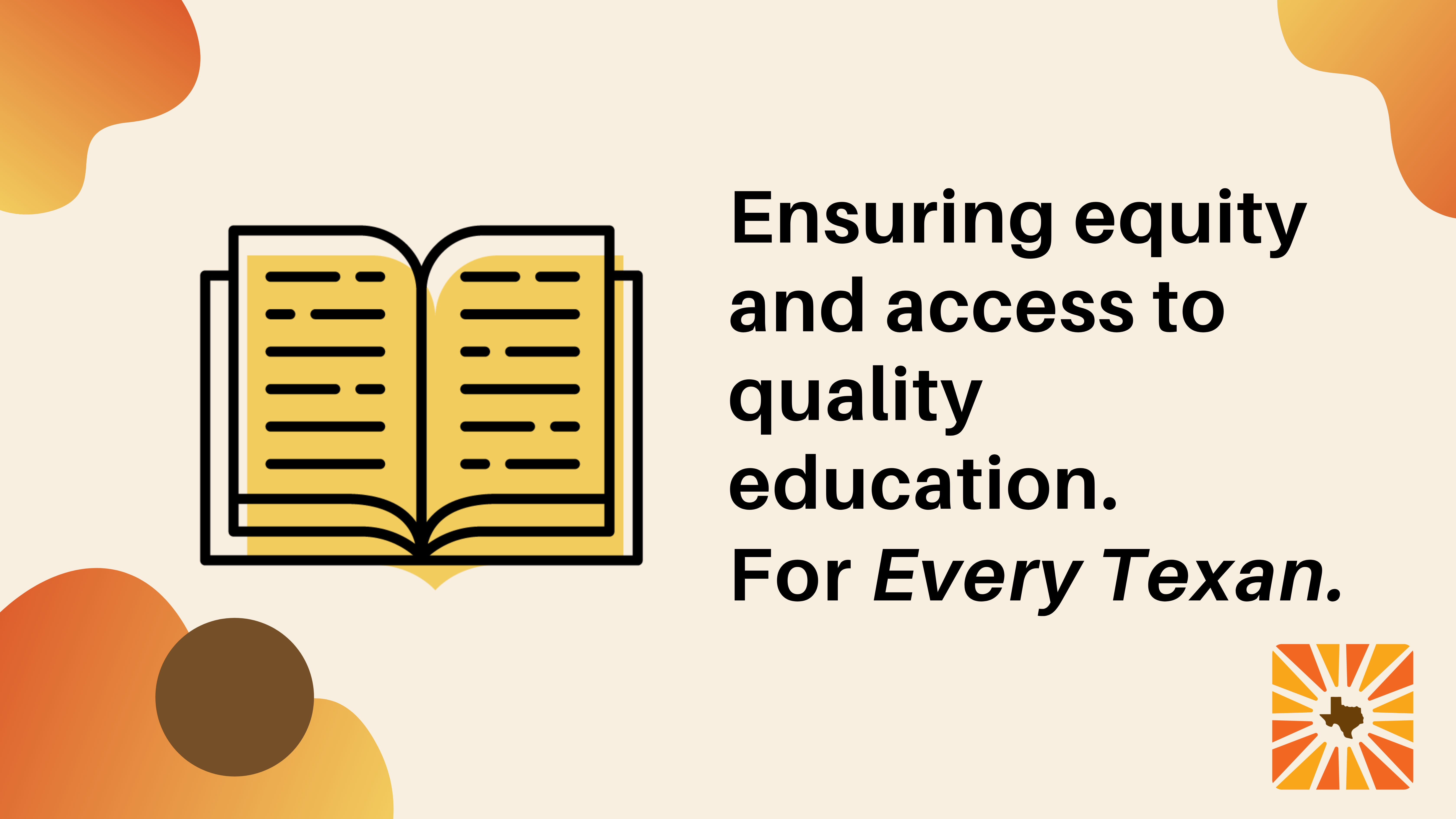 For many Texas public school children, fall’s usual back-to-school routine has been replaced by a necessary experiment in remote learning. This shift to online instruction has brought attention to an issue more critical now than ever — the digital divide and its impact on the educational achievement gap.

The term “digital divide” refers to the divide between those who have ready access to computers and the Internet and those who do not. Among school-aged children, the divide exists due both to lack of regional access (i.e. presence of broadband infrastructure) and lower rates of adoption of devices and internet, which depend largely upon affordability of internet-capable devices and a reliable internet subscription. Texas ranks behind most other states in both of these categories. About 15% of all school-aged children in Texas do not have a laptop, desktop, or tablet at home — a rate exceeded by only five other states. Texas ranks 43rd in the country both in terms of school-aged children’s access to paid high-speed internet and in terms of having a device or an internet connection at home.

The digital divide in access lies largely between urban and rural areas. Over 30% of rural Texans did not have access to high-speed internet in 2016. However, the divide in internet adoption lies between socioeconomic and racial groups as well. Even in urban areas, people in many communities of color and low-income communities are significantly more likely to lack high-speed internet at home due to various systemic barriers. While 91% of White Texans are estimated to have both a computer and internet at home, only 84% of Black Texans and 81% of Latinx Texans do.

The academic achievement gap between high- and low-income students and white and Black and Latinx students has been well-documented to be a result of features endemic to the American education system, such as inequitable access to academic resources and opportunities and racially discriminatory standardized testing. The pandemic and the digital divide both reflect and deepen this gap. One report estimates that in the likely scenario that schools do not return to in-person instruction until at least January 2021, students with low or no internet connectivity at home will endure the equivalent of 7 to 12 months of lost learning. This, coupled with an accompanying lack of attendance, is likely to result in a 2 to 9% increase in high school dropouts. By 2040, learning losses and increased drop-out rates suffered by the current K-12 cohort could translate to $110 billion in lost annual earnings and a 0.3 to 1.3% annual decrease in GDP nationally.

Many districts, such as Dallas ISD and Austin ISD, are currently transitioning to an in-person-optional or hybrid model, which addresses the issues revolving around remote learning but may also unfairly force students who do not have sufficient internet access at home into classrooms where they and their teachers are at a higher risk for contracting COVID and spreading it to their families and communities. To address immediate needs for connectivity amid the pandemic, federal grants should continue to support school district-level solutions such as extending deadlines for applications to the E-rate program, a federal matching program that helps schools and libraries receive affordable broadband, and instating measures like Harris County’s CARES Act-funded Digital Access Program and the Texas Education Agency’s Operation Connectivity. However, state policymakers should consider other longer-term initiatives to increase access and adoption in Texas so the digital divide does not continue to widen the academic achievement gap even after the current pandemic has subsided.