2021 Census Data Provides Insight into the Uninsured Population of Texas

Because the COVID-19 pandemic disrupted Census operations in 2020, the Census is comparing 2021 results with 2019. 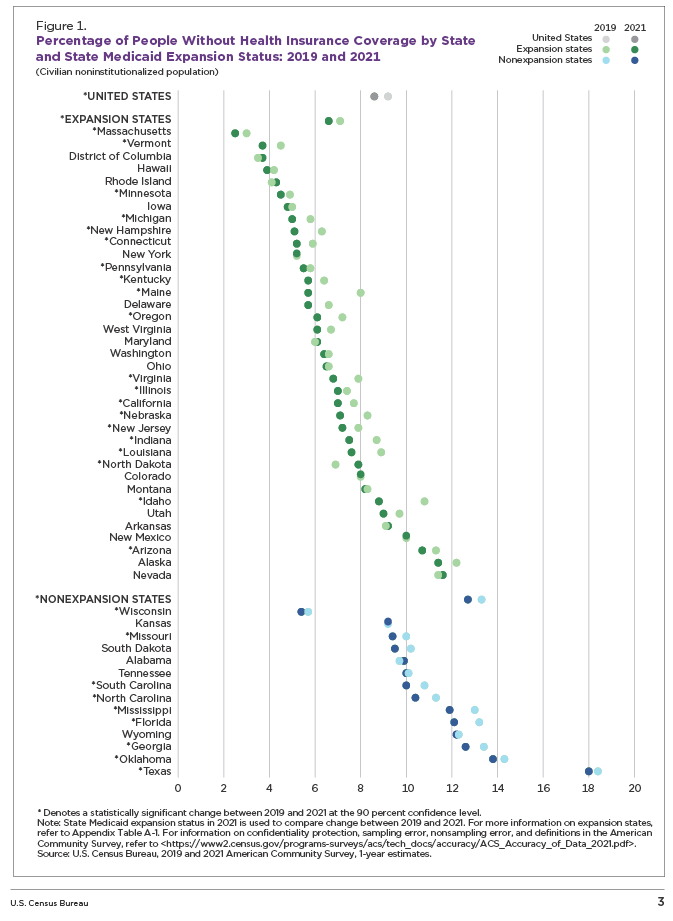 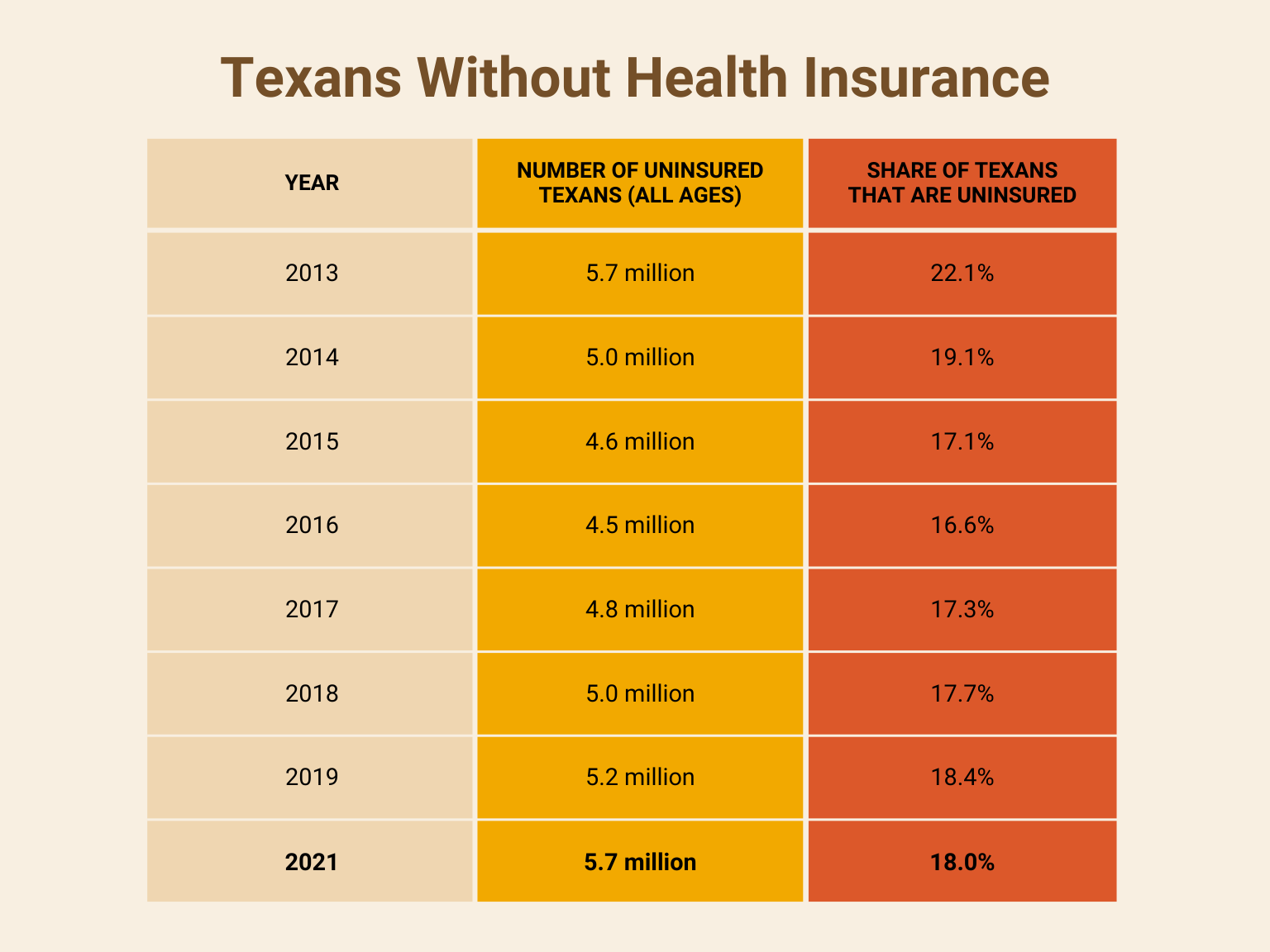 The number of uninsured Texans in 2021 was very close to the 2019 estimate, but how Texans got their coverage changed: the share of Texans covered through jobs shrank, while the share who bought coverage in the ACA Marketplace or enrolled in Medicaid increased.

These increases were largely driven by Congressional actions that (1) made the ACA Marketplace insurance far more affordable and (2) kept Medicaid beneficiaries covered throughout the Public Health Emergency (PHE). The PHE remains in place and is expected to continue until at least January 2023.

Texas in 2021: Worst for Both Children and Adults

Texas Can Turn This Around

As Every Texan staff  described in August testimony before the Texas House Select Committee on Health Reform, our state government has several powerful tools available that could end our last-place ranking.

Citizenship and Immigration status: 1.4 million out of 5 million uninsured Texans in 2021 were non-U.S. citizens — a mixture of both lawfully present and undocumented residents. Texas covers lawfully present immigrant children in Medicaid and CHIP, but the anti-immigrant policies of the previous federal administration frightened many parents into withdrawing their children from coverage. Many undocumented parents still fear that enrolling even their U.S. citizen children in Medicaid or CHIP will prevent future lawful immigration and citizenship.

What’s Next: Our next blog on this topic will feature a more detailed look at how race and ethnicity, employment status, and family income and poverty affect health insurance coverage in Texas.

*The U.S. Census releases new uninsured statistics for the previous calendar year each September, based on its large American Community Survey (ACS, with a national sample size of 3.5 million).  These statistics will be updated again in September 2023, with numbers that refer to 2022.