Every Texan Supports the PRO Act — and You Should Too!

Everyone wants to be treated with dignity and fairness at work, and unions are one of the main ways American workers have traditionally fought for — and won! — on-the-job protections. People living in states with higher union density experience higher wages, increased access to health care coverage, safer working conditions, and more access to paid sick days. Unionized workers, on average, earn 13.2 percent more than non unionized workers in the same sector with similar education and experience. Research also shows that unions contribute to closing the gender wage gap and decreasing wage discrimination based on race.

Unfortunately, only 6 percent of Texas workers have jobs with union representation. Texas’ low union density is largely attributed to state policies called Right-to-work laws. Right-to-work laws originated in the 1940s and were designed to deter workers from exercising their federal right to organize unions. Right-to-work laws reflected Southern states’ attempts to maintain Jim Crow-era segregation, resulting in a legacy that continues to hurt all workers and their families. Right-to-work laws are inherently racist and antisemitic, while also failing to reflect modern day Texan’s values and vision for our state. Protecting and expanding workers’ rights to organize unions is a critical component in achieving social justice and building equity in our state.

The Protecting the Right to Organize (PRO) Act, reintroduced to Congress on February 4, 2021, is designed to restore and expand workers’ right to organize unions while making the union election process fairer. The PRO Act also addresses worker misclassification, where a worker may be considered a contractor instead of an employee. This may cause them to miss out on important benefits like health insurance and paid sick days, while allowing employers to rob critical safety net programs of funding, such as federal and state unemployment insurance, worker compensation, and disability insurance systems.

Building equity and shared prosperity in Texas requires cultivating a stronger collective worker voice through establishing a higher union density, protecting workers, and restoring dignity to workplace bypassing policies like the PRO Act. We cannot build a just and equitable state without unions and their organized workers. Today we are experiencing historical levels of wealth inequality, increasingly equivalent to those of the 1920s. The growing income gap between high and low wage earners erodes our middle class and hurts everyone. During periods of high union density, the US experienced less wealth concentration at the top, resulting in more broadly shared prosperity. Read more on the role of unions in addressing income inequality here. 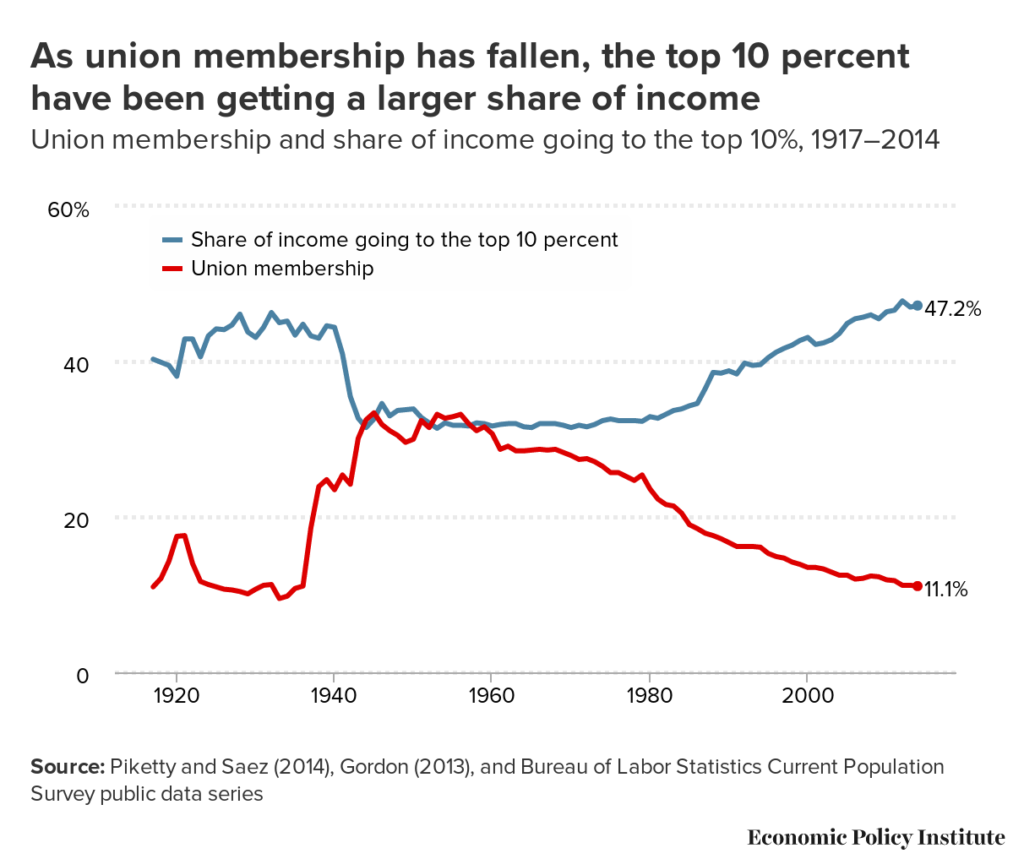 What can you do?

Note: Every Texan staff is proudly unionized with the Nonprofit Professionals Employee Union (IFPTE Local 70). Every Texan United is committed to supporting and organizing a union-dense Texas.

PrevTexas College Students and Families at Risk in Early Budget Proposal
Learning English in Texas: A Closer Look at Bilingual Education in the Lone Star StateNext