UPDATE: State Leaders’ Fight to Take Health Care Away from Texans Goes to the Supreme Court 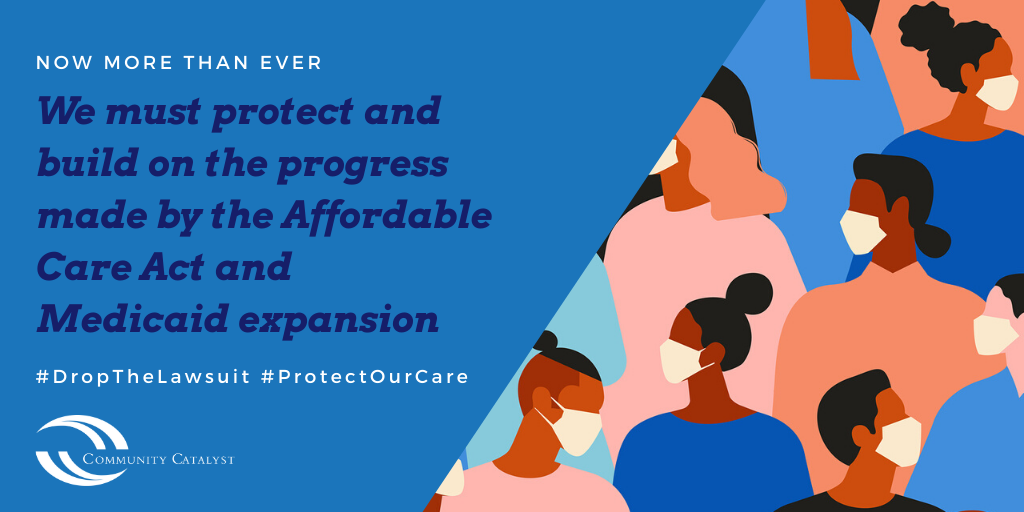 On November 10, the U.S. Supreme Court will hear oral arguments for the harmful Health Care Repeal Lawsuit, which would eliminate the entire Affordable Care Act (ACA) with no replacement. The Supreme Court will issue its decision in 2021, possibly as late as June 2021. Despite this dangerous case, Marketplace open enrollment for 2021 coverage is happening NOW and will end on December 15, 2020. People who need affordable coverage for 2021 should sign up now; financial assistance and free enrollment help are available.

Texas Attorney General Ken Paxton is leading the group of states suing to take health coverage and economic security away from millions of people across the country, and he’s doing that in the middle of a worsening pandemic:

It would seem unthinkable in the current environment to throw out the system that is both the primary safety net for coverage during a period of staggering job losses and a tool to reduce racial and ethnic disparities in access to coverage and care. Especially when Texas’ leaders have no plan whatsoever to ensure access to health care and coverage if the ACA is overturned. Yet, the Texas Attorney General and others will argue to do just that this week.

Poll after poll shows Texans want lawmakers to focus on improving access to health care — not taking it away. If the Attorney General’s misguided lawsuit ultimately results in eliminating the ACA, it would have devastating effects on Texans and people across the country: 20 million Americans would lose their health care coverage, insurance companies would be allowed once again to discriminate against people with pre-existing conditions, and seniors in Medicare would pay more for prescriptions.

Examples of harm to Texans

What Texans and Americans want with respect to health coverage

Attorney General Paxton’s lawsuit that would take health coverage away from Texans and end pre-existing condition protections stands in stark contrast with what Texans and Americans want.

Texans have benefited from the ACA for a decade. It is now more popular than ever, and at the same time, it hangs in the balance because of the Health Care Repeal lawsuit.

This is an updated version of a blog post made by Every Texan Senior Policy Analyst Stacey Pogue on June 23, 2020.