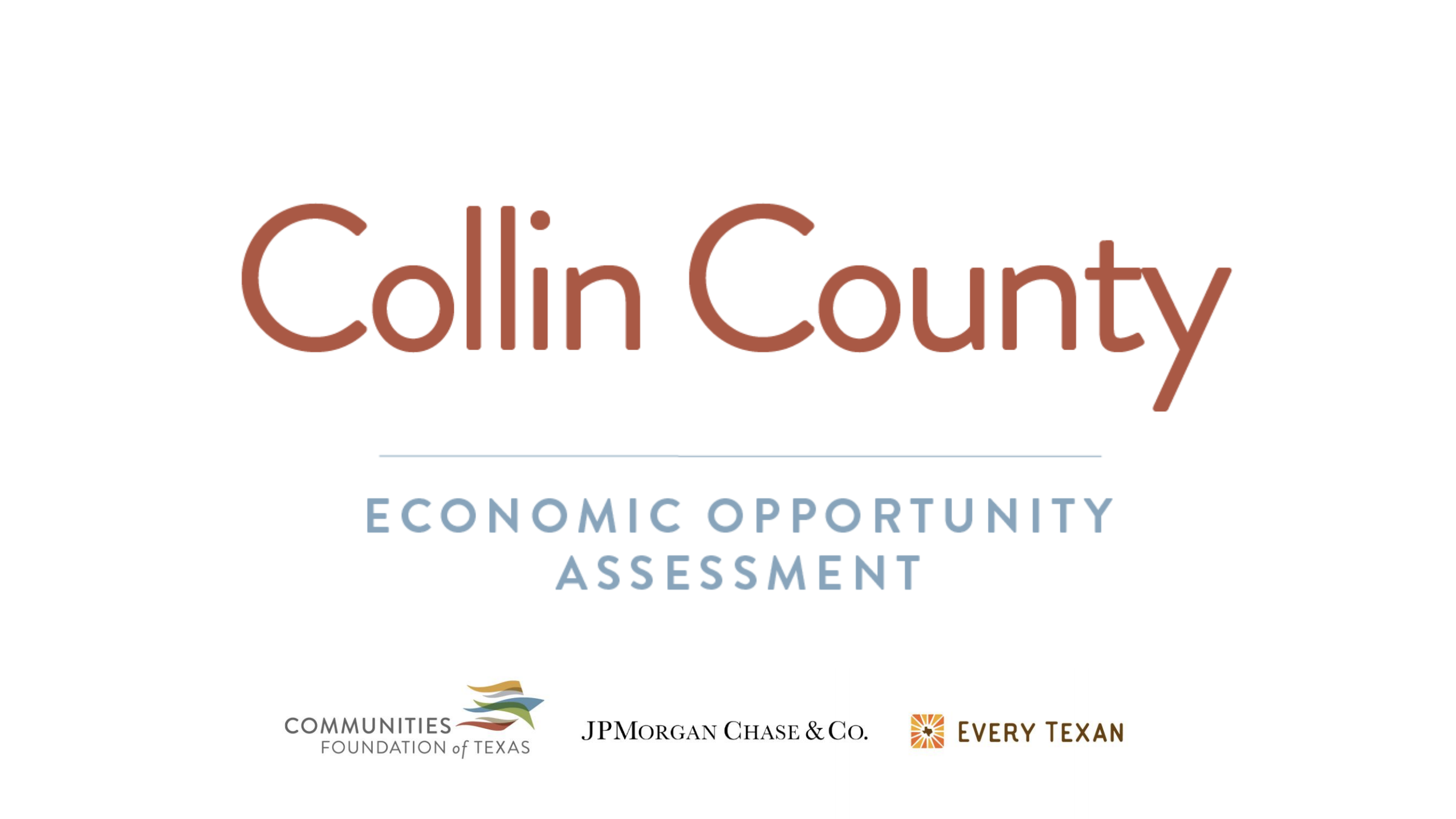 Collin County is a rapidly growing community with many assets, including a young and diversifying workforce. But barriers to opportunity remain for residents based on race and ethnicity, income and wealth, and educational attainment. These barriers have been highlighted and exacerbated by the pandemic.

Today, Every Texan joined the Communities Foundation of Texas (CFT), in partnership with JPMorgan Chase, to launch a new report on economic opportunity in Collin County. Every Texan CEO Ann Beeson shared the data findings at a virtual event.

Highlights from the report include:

The Collin County report follows Communities Foundation of Texas’ 2018 comprehensive analysis of economic opportunity in Dallas County. The Dallas report, also conducted by Every Texan, catalyzed conversations about equity, access, and outcomes across the community. When the two organizations began working on a similar report for the Collin County community in 2019, no one could have imagined how much or how quickly things would change in just one year.

The original data pulled for this report now serves as a baseline, showing the community’s starting point pre-pandemic. Together with new data released since March, it is our hope that the collective data will inform policy and strategies going forward to ensure that all residents of Collin County can be healthy, well-educated, and financially secure.

While it’s too early to see the full impact of the pandemic on Collin County, the report provides some early economic indicators of how residents are faring in terms of employment, affected job sectors, and health insurance coverage. We believe it can be used to outline both existing strengths and opportunities for Collin County as we move forward in this new environment. We hope the report — and the discussion and actions it fosters — fuels creative solutions and strategies to help our communities move forward.

PrevAn Equitable Recovery that Works for Texans of All Backgrounds
No, the Texas Legislature did not protect Texans with preexisting health conditions last session. But it should.Next