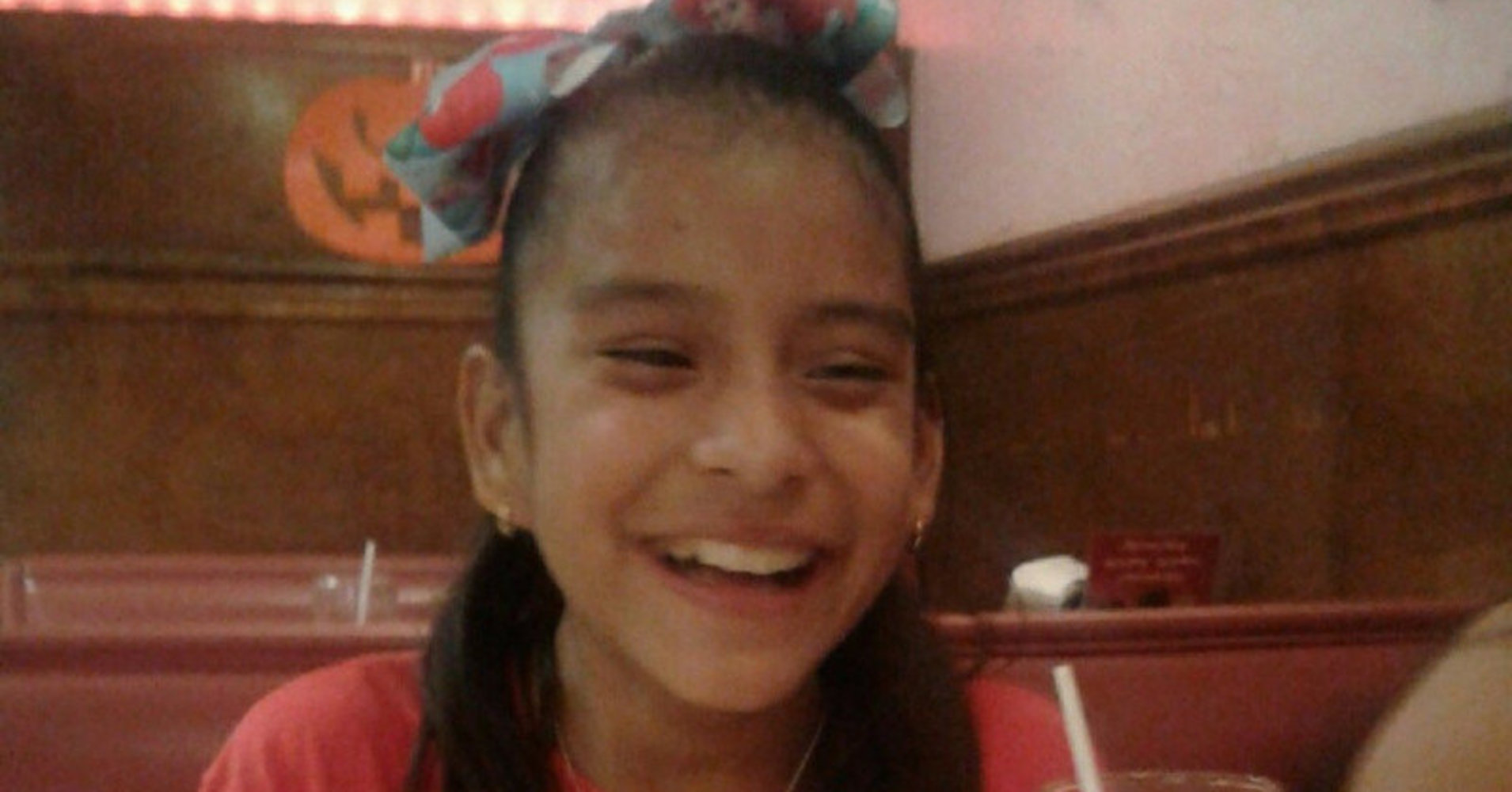 Update:  On Friday, November 3, Rosa Maria was reunited with her parents.  Her lawyers report that she has been served with a notice that she could face deportation, but charges have not been officially filed in immigration court.  CPPP joins many others in calling for the Trump administration to drop her case.

The problem of targeting for immigration detention Texans who are seeking health care, or attending school, church, or court proceedings continues.  CPPP urges you to read this brief on the problem and ways it can be addressed.

Many media outlets have reported the unbelievable story of 10-year-old Rosa Maria Hernandez, an undocumented immigrant with cerebral palsy who was detained by federal immigration authorities in Texas. She had passed through a Border Patrol checkpoint in an ambulance, on her way from Laredo to Corpus Christi to undergo emergency gall bladder surgery.
Border Patrol agents tried to persuade the family to agree to have the girl transferred to a Mexican hospital, pressing the family to sign a voluntary departure form for her. The family declined. The entire time Rosa Maria was in surgery and then in recovery, several armed Border Patrol agents stood outside her hospital room, the family said.
When it was time for her to leave the hospital, immigration agents took her to a facility in San Antonio where migrant children who arrive alone in the United States from Central America are usually held, even though her parents, who both lack legal status, live 150 miles away in Laredo.
As of October 30, Rosa Maria was in U.S. Department of Health and Human Services custody at Baptist Child and Family Services in San Antonio. According to advocates at Workers Defense Action Fund (WDAF), she is being processed for release through the Office of Refugee Resettlement. WDAF reports that her reunification process is being expedited, because these requests typically take 60 days. Rosa Maria’s surgeon in Corpus Christi directed that she see her primary care physician on November 2nd for a post-surgery appointment, but so far Immigration and Customs Enforcement (Border Patrol) has not said that they will allow Rosa Maria to be taken to Laredo for this appointment.
CPPP and the WDAF advocates call on Border Patrol officials to stop her deportation by administratively closing her file, and we urge Texans to call Congressman Will Hurd or Senator John Cornyn asking them to advocate for closure with DHS/Border Patrol. They have started a fund to assist Rosa Maria’s family with medical, housing and legal costs, and a petition calling for her release.
On October 31, lawyers representing Rosa Maria from the American Civil Liberties Union demanded she be released by the Office of Refugee Resettlement (ORR), citing the “violation of her statutory and constitutional rights.”
In addition to outrage and condemnation on social media, some notable statements calling for Rosa Maria’s immediate release to her family have come from The Texas Pediatric Society and the American Academy of Pediatrics, and the Texas Catholic Conference of Bishops, MALDEF, and the ACLU.
Barriers to Health Care, Education, Church, Community Life
Across the U.S., advocates, business owners, educators, and other community members report that families are avoiding church and school functions, and that even shopping for basic needs is significantly depressed. Reporting of crimes is down. Use of formal Supplemental Nutrition Assistance Program (SNAP), Medicaid, and Children’s Health Insurance Program (CHIP) benefits are down as even U.S. citizens and lawfully present immigrants are afraid to access benefits in the wake of federal administration policy and messaging. Texas’ new anti-immigrant SB 4 law only adds to the anxiety in Texas, as does word of these recent incidents.
The effects of this spreading pall of fear are no small matter to the well-being of Texas: Over one-third (34%) of Texas kids reside with at least one foreign-born parent: that’s 2.4 million Texas children.
What We Can Do: Strengthen and Enforce Protection of “Sensitive Locations”
While Rosa Maria’s story is among the most horrific in recent memory, Texas has had a problem for decades with children needing to leave the US-Mexico border area to reach medical care at a children’s hospital, and having to cross Border Patrol checkpoints. The most common situations include U.S. citizen children who have one or more undocumented parents; only occasionally will the child also lack legal status.
As media outlets have noted, the Department of Homeland Security and its Border Patrol and Customs and Border Protection divisions have a formal policy to avoid enforcement actions at “Sensitive Locations” including hospitals, schools, churches, and public demonstrations unless there are special circumstances.
Because it appears that Border Patrol is not consistently honoring this policy, lawmakers have filed bills in Congress to place the policy in statute. Texas networks, officials, and institutions should add their voices to those already calling for rigorous protection of sensitive locations. Texas cannot have healthy communities, strong churches, effective schools, or flourishing businesses as long as a substantial share of our families are afraid to leave home, much less to fully participate in their communities. Please read CPPP’s brief here about Sensitive Locations, and about how you can make a difference in this growing crisis for Texas.